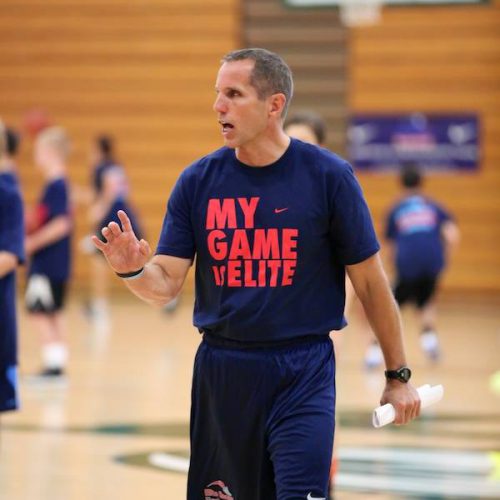 Coach Shepler is a coaching veteran in the state of Alabama, currently in his 26th year as a head varsity basketball coach. For the last 20 years of his career, Shepler has been at Homewood High School, where he has built a consistently winning program. His teams at Homewood are known for their fundamental soundness and team-play on the floor.

Under Shepler, the Patriots have won or shared an area championship in nine of the last 13 years. They have also played in the state championship game twice in 2008 and 2010.

Shepler’s 456 wins rank him as one of the winningest active coaches in the entire state of Alabama. Throughout his coaching career at Homewood High School, over 25 of his former players have gone to play at the collegiate level. Impressively, this includes Birmingham star Ronald Nored, who had an extremely successful career at Butler University, and lead the Bulldogs to two NCAA Final Four appearances as the starting point guard.

Coach Shepler has a passion for teaching players the skills of the game and desires to instill the confidence that will make each player perform as a championship competitor, both mentally and physically.