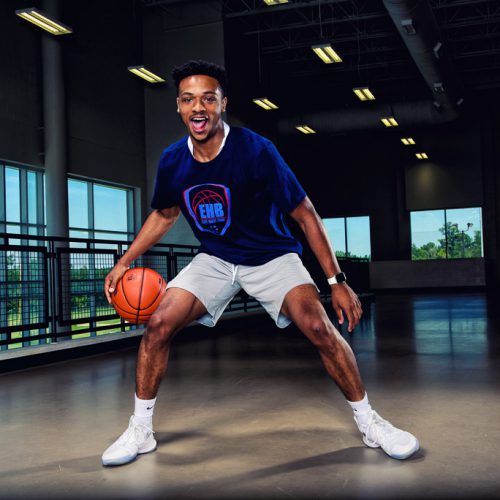 Khalil Carter began his career with Elite Hoops in the Summer of 2017 as a NIKE Camp Coach and was hired on full-time in the Spring of 2018, upon his graduation from Faulkner University in Alabama. Carter was named the Senior Skills Director of EHB Chamblee in the fall of 2019.

In his senior season at Faulkner, Carter helped lead the team to 19 wins and an early season Top-15 ranking. Prior to his time at Faulkner, Carter played at University of West Alabama, where he helped lead his team to a conference championship and the school record for most wins in a single season. While at Brewbaker Tech Magnet High School in Montgomery, Alabama, Carter was a 3-time All-Metro Selection while leading the state in assists his senior year.

Carter brings a high level of energy to EHB, and his passion for making players better is what sets him apart.