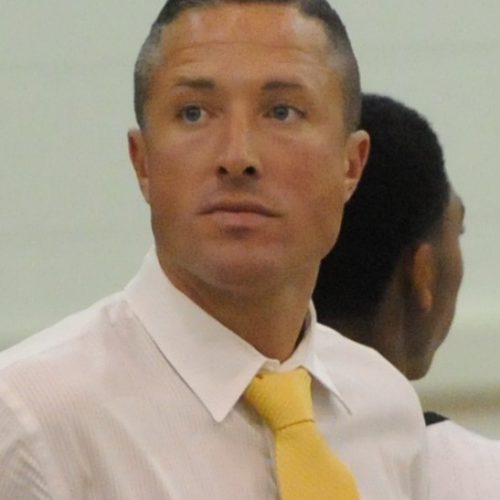 Blake Hall is a native of Charleston, South Carolina, where he graduated from Pinewood Preparatory School. During his two years at Pinewood, he helped lead the basketball team to back-to-back state championship appearances, while also being selected to the All-Region and All-State teams each year. To this day, Hall still holds the Pinewood school record for single game 3-point field goals (10) and single-season 3-point field goals (84).

Hall went on to play collegiately, finishing his career at Coker College, where he served as team captain his senior season. In addition, he was selected representative for Coker College on the Student Athlete Advisory Committee (SAAC).

Following college, he went on to play professionally in Europe. His career ended playing in the Slovenian First League amongst several future NBA players, most notably current NBA All-Star and guard for the Miami Heat, Goran Dragic.

After his playing career ended, Hall’s passion for basketball continued. In 2007, he volunteered as an assistant coach for his alma mater Pinewood Prep. During the 2007-2008 campaign, he coached four Division I signees and a McDonald’s All-American. The season concluded with a 3-A State Championship and a #13 national ranking by HoopsUSA.

During the 2008 summer, Hall accepted a position at The Citadel, where he worked under 2009 Southern Conference Coach of the Year, Ed Conroy. While he was on staff from 2008-2010 The Citadel basketball program celebrated its most successful two-year stint, finishing second in the 2009 SOCON behind the Davidson Wildcats, led by NBA All-Star Steph Curry. During his time with The Citadel, he had the opportunity to assist in the development of many Bulldog greats including Cameron Wells, all-time leading scorer and Zach Urbanus, career leader in 3-point FG made.

In 2011, Hall accepted the position of Head Basketball Coach at North Charleston High School. In his only season there, he was able to lead the Cougars to their first State Championship in fifteen years, and assisted four seniors in accepting scholarships to play collegiate basketball.

Currently, Hall is in his sixth season as Head Coach of Goose Creek High School, in Goose Creek, South Carolina. In 2012-2013, his first season, he led the Gators to a 22-5 record, a Region Championship, and a 4-A State Championship Game appearance.

During his seven seasons as a head coach Hall has helped 17 young men receive scholarships to play basketball at the collegiate level. His teams have won four region championships, appeared in two state championship games, and won one state title.