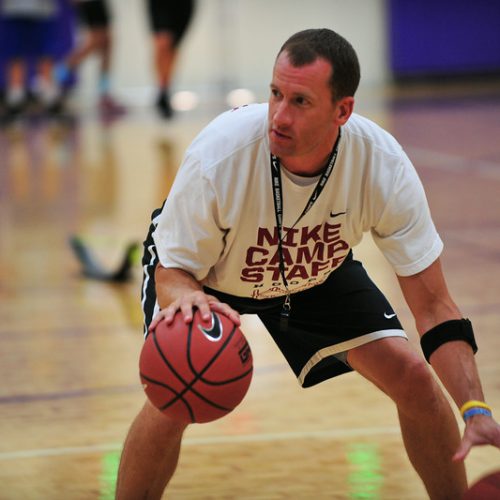 Kevin is in his sixth year with Elite Hoops.

Maggard played college basketball at Belmont University from 1995-96. There, his junior year record was an impressive 37-2, and senior year was 28-11. Both years, Belmont made it to the NAIA Final Four. Maggard was named NAIA Academic All-American his senior season.

Kevin began his coaching career at Davidson Academy in 1997 as an Assistant Boys Basketball Coach, and later became Head Boys Basketball Coach in 2002. He coached the varsity boys team to the school’s only sub-state appearances in 2002 and 2008. Maggard currently is an assistant varsity girls coach at CPA, while also coaching the 6th-8th grade teams.

Maggard coached a girl’s college exposure team, Pure Sweat Elite, for three summers beginning in 2010. All eight girls received Division 1 scholarships, including Oklahoma, Belmont, Lipscomb and High Point. In addition, he coached the Select AAU girls team that finished in the Top 15 in both 2011 and 2012.