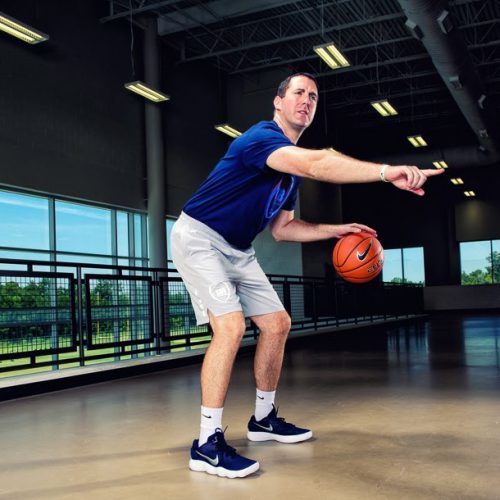 Joining Elite Hoops in the winter of 2014, South Carolina native Jason Harman brings much experience and basketball acumen from Elite Hoops’ newest basketball territory. Coach Harman has been selected to direct all Nike Camps and skill development training sessions throughout the Greater Columbia area of SC as well as the western part of the state into the Aiken/Augusta (GA) area.

Coach Harman has been ingrained in the basketball world as a player and now coach for the majority of his life. Over the past 13 years, Jason has dedicated himself to developing student-athletes across SC to become outstanding individuals on and off the court as he has helped lead countless players to successful high school, college, and even professional basketball careers. In 2010,  he founded 3D Hoops Academy in the Columbia area and continues today as the CEO of the company. Jason’s 3D Hoops program is the only comprehensive NCAA approved training outlet in South Carolina. Over the years, Coach Harman has coached at his Lexington High School alma mater under SC Hall of Fame coach Bailey Harris, and his 3D Hoops staff has also led several AAU teams to championship levels. Currently, Jason is also helping form the foundation of a new varsity basketball program, Northside Christian Academy, where he is head coach of the fastest growing private school in SC.

During his playing career Jason was selected as an All-Region/All-Area player at Lexington High School and helped lead the Lexington Wildcats to the 1996 4-A State Championship as well as to the 1997 State Finals. In his junior season, Wildcats star guard also went head to head against NBA legend Kobe Bryant at the Beach Ball Classic in Myrtle Beach. After high school, Jason played four years of NCAA College Basketball at USC-Aiken, where he was Co-Captain of the 2000-2001 Pacer squad. He was also named Peach Belt Academic All-Conference by Daktronics from 1999-2001. As a collegiate senior, Jason was selected to receive USC Aiken’s top athletic honor for success on and off the court, the 2001 USCA Student-Athlete Leadership Award. After college, Jason was chosen in 2002 to compete against the professional national teams in Africa. Jason later furthered his education by obtaining his Master’s Degree in Human Resource Development from Clemson University.

Jason is married to his wife Christina, a former college basketball player at Lander University, and they have two beautiful daughters, McElson and Madison.