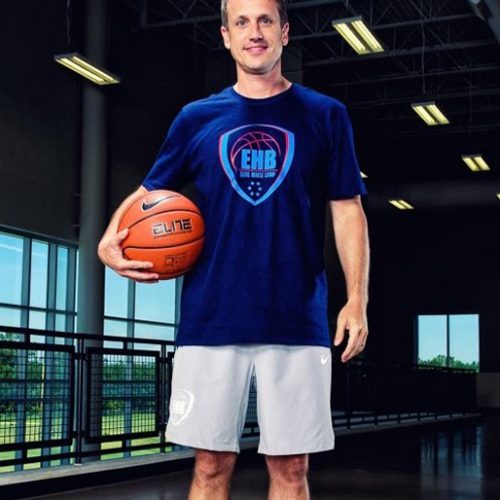 Micah Marsh joined Elite Hoops during the Summer of 2012 to help co-direct the first NIKE camp in Little Rock, Arkansas. This camp has been a huge success, selling out for the past five years.

In 2013-14 Marsh coached his Episcopal Collegiate team to a record of 29-3 and won the state championship. 2011-2012 was Coach Marsh’s first year at Episcopal Collegiate School in Little Rock, Arkansas. His team finished the year as Conference 3A-5 Champs, Region 2 Champs, and made it to the Elite Eight in the state tournament. During the 2012-2013 season, which was Marsh’s second year at Episcopal, the team finished 31-4 and made an appearance in the state championship for the first time in school history.

The previous nine years, Marsh was the Head Coach at Alcoa High School in east Tennessee. While at Alcoa, Marsh took the Tornadoes to one final four, two elite eights, and four sweet sixteens. He was named the East TN Coach of the Year in 2004.

Before high school coaching, Marsh was an assistant coach at Arkansas State University from 2000-2002. He also served as a graduate assistant for ASU from 1998-1999.

Marsh played college ball at Arkansas State University from 1994-1998. As a four-year starter he finished his career as the all-time leading three-point shooter and finished in the top-ten in scoring, assists, steals, and free throw percentage. He was a member of the Sun Belt All-Conference Team his senior year. He was also elected into the ASU Hall of Honor in 2007.