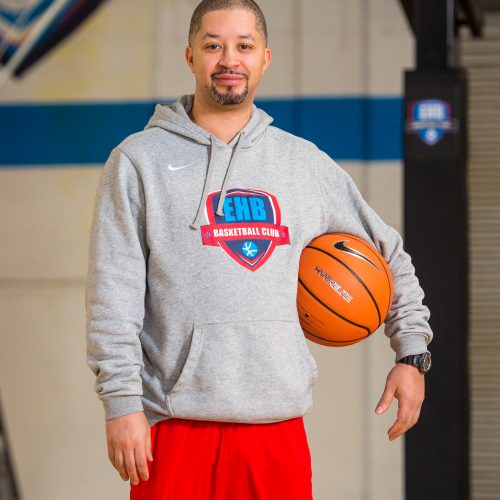 Cam Dailey has been working with Elite Hoops for three years, and was named Travel Team Director during the Summer of 2018. Dailey led our Travel Team program for three years and nn August of 2020, Dailey was named the Senior Skills Director of our EHB Alpharetta facility. Dailey played at Tuskegee University, where he averaged 15.5 points and 9.4 assists, while also being ranked in the top 5 in the nation. Dailey also played for Truett-McConnell and Okaloosa-Walton, where he helped lead them to a national championship title in 1995.

Prior to Elite Hoops, Dailey was the Head Assistant Coach at Douglas County High School. During his time at Douglas County High School, he played a crucial role in player skill development. From 2009-2013, Coach Dailey was the Head Coach at Action Sports Academy, with a record of 101-27. Twenty seven of his 32 players went on to play at the collegiate level. Before coaching, Dailey traveled around the country running basketball camps with On the Radar, CBHoops Juco All-American, 5-Star, and numerous Division 1 college camps. Dailey has also played overseas in numerous leagues.