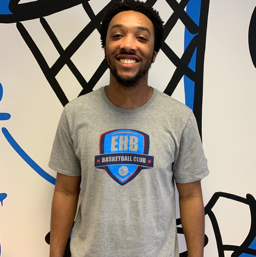 Taylor Mills began his career with Elite Hoops in the summer of 2018 as a Nike Camp Coach, and was hired on full-time in the Spring of 2020, after his season as the Blessed Trinity Catholic School 9th Grade Boys Head Coach. With his high basketball IQ and passion for teaching the game of basketball, Mills led the team to a 10-2 record and helped the Blessed Trinity Boys Varsity team’s finish in Sweet Sixteen.

Before becoming a coach, Mills played collegiate basketball and earned a Mass Communications degree at Piedmont College. He was top-five in his conference each year in three-point percentage (40%) and was a part of the winningest graduation class in Piedmont Basketball History. While playing at Buford High School, Mills was 2x All-Region and was a State Championship Runner-Up in 2014.