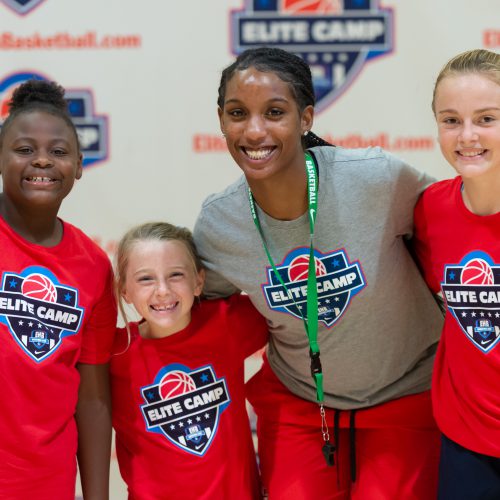 My name is Kristian Carter, but most of the basketball community knows me by or call me K.C. I started playing basketball around the age of 9 in the fourth grade. I started in the Cobb County Junior program playing under South Cobb Jr. Eagles 6th, 7th, and 8th-grade team. I was the only 4th grader playing with 6th graders. I continued with that program through middle school. When I was in 6th grade, I started playing travel basketball. I first started with Georgia Glory (YBOA), then a year after I began to play for the Georgia Pistols. I played for the pistols for about two years. During those years, we received two Georgia AAU title and went to Nationals both years. After those two years, I went to a different AAU program, which is Peak Performance. I played on the freshman team my first year and made the National team every year after which was highest (best) team in that program.

During those years, we only played in exposure tournaments but won a good 65% of those tournaments. During high school, I played three years at North Cobb High School and on year at Southwest Atlanta Christian Academy (S.A.C.A.) where I was voted captain every year except my freshman year. I made it to the elite eight during my freshman year at NC. My sophomore year at S.A.C.A we made it the region championship and state championship but lost sadly. My last two years at north cobb, we made it to sweet sixteen. After graduating high school. I went on to play four years of NCAA basketball at Columbus State University. During these four year I have won and participated in 3 Conference Championships, 3 Regular season champion titles, 3Region playoffs, 1 NCAA elite eight playoff, and 1Region Champion title. I also was named captain my junior and senior year of college. During my summer of college I would work for Elite Hoops basketball where I trained children in different training classes, and also camps. My goal is to one day be a head college coach.