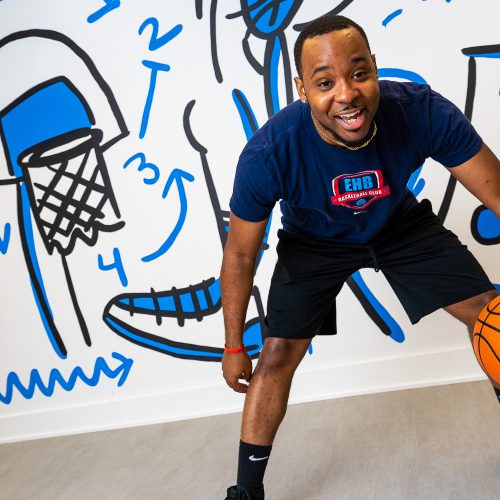 Chris Dixon joined our Elite hoops staff in the fall of 2015. His coaching experience includes a season as an assistant varsity coach at Berkmar High School in Lilburn, Georgia, in fall 2015. In the spring of 2016, he served as an assistant coach for the Region 6A Girls South team at the Gwinnett County All-Star Game.

Chris spent one year with the Georgia State University women’s basketball program from 2016 through 2017, followed by the 2017-2018 season as an assistant coach for the varsity girls’ basketball team at Duluth High School in Duluth, Georgia. While at Duluth, he also served as the head coach for the junior varsity and freshman squads. The junior varsity team finished third in its region, while the freshmen were county and region champions.

In 2018-2019, Coach Dixon spent a season at Francis Marion University as the assistant women’s basketball coach. He worked as student assistant coach at Armstrong State University from 2013 through 2015.

He earned a bachelor’s degree in sports medicine and human performance from Armstrong State University in May of 2015.